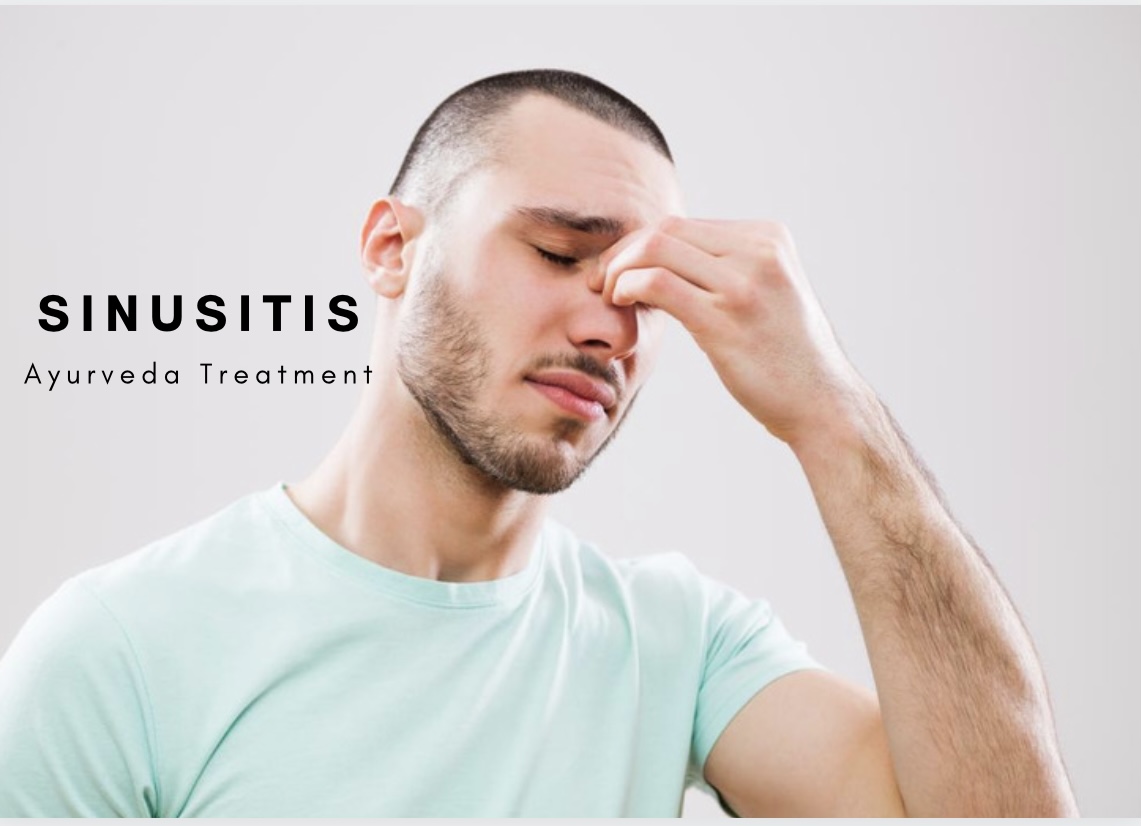 Sinusitis is a condition in which the lining of your sinuses becomes inflamed. Four hollow air spaces make up sinuses. They’re located in the bones behind cheeks, jaw, and eyebrows. Sinuses make mucus, a fluid that cleans bacteria and other particles out of the air one breathe. Mucus is removed from your sinuses by draining out your nose. But when your sinuses are swollen, the mucus has nowhere to go. It stays in your sinuses and become painful and uncomfortable.

There are different types of sinusitis, including:

Acute sinusitis: A sudden onset of cold-like symptoms such as runny, stuffy nose and facial pain that does not go away after 10 to 14 days. Acute sinusitis typically lasts 4 weeks or less.

Anyone can develop a sinus infection. However, certain other health conditions and risk factors can increase your chances of developing one, such as:

The signs and symptoms of a sinus infection or sinusitis include the following:

According to ayurveda, sinusitis can be correlated to Dushta Pratishyaya, where the main dosha affected is kapha. It gets aggravated and vitiates the prana vata (a subtype of Vata), which is mainly present in the respiratory tract.

The ayurvedic approach to sinusitis treatment is multifaceted and can involve a combination processes through procedures, oral medicines, dietary and lifestyle modifications. The ayurvedic treatment procedures for sinusitis include:

Pachakarma:
Panchakarma is one of the most famous treatment methods in Ayurveda. The process comprises five steps for the detoxification and rejuvenation of mind and body. This treatment contains herbal massages and cleansing enemas.

Nasya Karma
Nasya Karma is a method that involves instillation of liquids infused with the properties of particular herbs into the nasal cavity. It is effective in managing the vata and kapha disorder.

Shirodhara
Shirodhara is a classical and a well-established ayurvedic procedure of slowly and steadily dripping medicated oil or other liquids on the forehead. This procedure induces a relaxed state of awareness that results in a dynamic psycho-somatic balance.

Anyone can develop sinusitis. Here is a list of foods that can reduce inflammation and help with symptoms of sinusitis:

Ayurveda treatment for sinusitis can help you experience relief. At Krishnendu Ayurveda, we have a very systematic approach in treating sinusitis; we plan a customized treatment for each individual which is specific to their symptoms.

All the Ayurveda treatments will be customized by Physician only after detailed consultation. Treatments may be changed based on the individual strength.